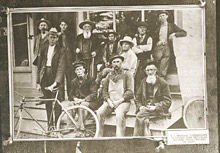 The original township of Cicero, named after the great Roman orator Marcus Tullius Cicero, included both the towns of Cicero and Clay. It was part of the great military tract that was surveyed in 1790 into 100 lots, each containing about 600 acres. These lots were reserved or drawn by soldiers for services in the Revolutionary War. The only soldier to become an actual resident in the Town of Cicero was Captain John Shepard. In 1827 the township was divided with the Town of Cicero having 50 lots – about 29,000 acres of land.

The first settler in Cicero was John Leach. His home, a log cabin, was located on the site of the old Legion Hall. The village was called Cody’s Corner until 1820. Isaac Cody ran a tavern, which was located on the southwest corner of Crabtree Lane and Route 11. Cody was the first Postmaster and his wife operated the first store. She used the barter system and brought goods from New York City by wagon. The building of the Erie Canal brought many settlers to this area. It was also used extensively to ship salt. The salt industry provided many people with jobs, either making barrels or in furnishing lumber. The business declined in the 1890s, while farming and the dairy industry became important. Cheese factories were built, including one right in the village along with a flour mill, stave and lumber mill, canning factory, wagon and carriage factory. 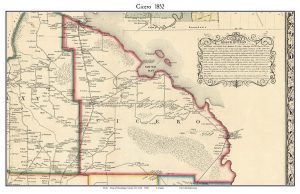 The first school in the Town of Cicero was in Brewerton, started in 1793 by Scotch Presbyterian minister Deacon Ramsey from his home. The first church in Cicero was Presbyterian and opened in 1819. School and church were held in the same building with the minister as teacher until a school was built in 1827. The first doctor was Dr. Orcutt. He sold his practice in 1823 to Dr. Hezekiah Josyln who carried his medical supplies on horseback covering a 50 mile area. His daughter, Matilda, was born in Cicero, settled in Fayetteville and became very active in women’s rights. It was in her home that she, with Susan B. Anthony and Elizabeth Stanton, wrote History of Woman Suffrage. 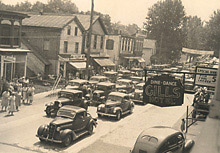 The present Route 11 was for many years a series of Indian trails north and south through Cicero from Pennsylvania to the Thousand Islands. Part of it was called the Salt Road in 1812. In 1846 the first toll plank road in the United States was built. It was 16.5 miles long and went from Central Square to Syracuse right through Cicero. The stage was the only means of transportation until replaced by the trolley line built in 1909. The trolley to South Bay brought prosperity to the area around Oneida Lake, and the hotel business flourished. Regular excursion boats met the trolley for trips around the lake. Frenchman’s Island was a popular vacation spot. The trolley was used until 1932. The tracks were torn up and South Bay Road built over the same route.

It would be impossible to cover all of the important historical facts in this short article, but the residents of Cicero can be proud of their rich heritage. We welcome you to visit our local museum, The Stone Arabia Schoolhouse (1854 era) and the Log Frame House (1840 era) which is maintained by the Cicero Historical Society. The school and house are located at 6453 Route 31, Cicero, and features local historical exhibits. Open April through November, second Sunday each month, noon to 3 p.m. No admission (donations appreciated) and free parking.

– from Cicero Past by Lona Flynn

Many old photos of Cicero are at our Old Photos page. An article on Cicero, written in 1878, may be viewed by clicking here.

On behalf of the dedicated public servants in the Town of Cicero, let me invite you to explore and enjoy our community. Cicero has a lot to offer. With our close proximity to an international airport, our great neighborhoods, our quality of life, and welcoming business climate, I’m confident that you will find Cicero a great place to live, work and raise a family.