The Town of Cicero, a northern suburb of the City of Syracuse, is located in the northeast corner of Onondaga County and includes the eastern half of the Village of North Syracuse.

At the Northern border of Cicero is Oneida Lake, one of the largest bodies of water located within New York State. Also within Cicero is a fairly large swamp named Cicero Swamp. 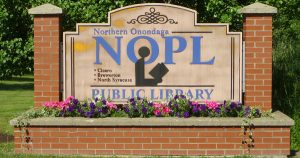 On behalf of the dedicated public servants in the Town of Cicero, let me invite you to explore and enjoy our community. Cicero has a lot to offer. With our close proximity to an international airport, our great neighborhoods, our quality of life, and welcoming business climate, I’m confident that you will find Cicero a great place to live, work and raise a family.